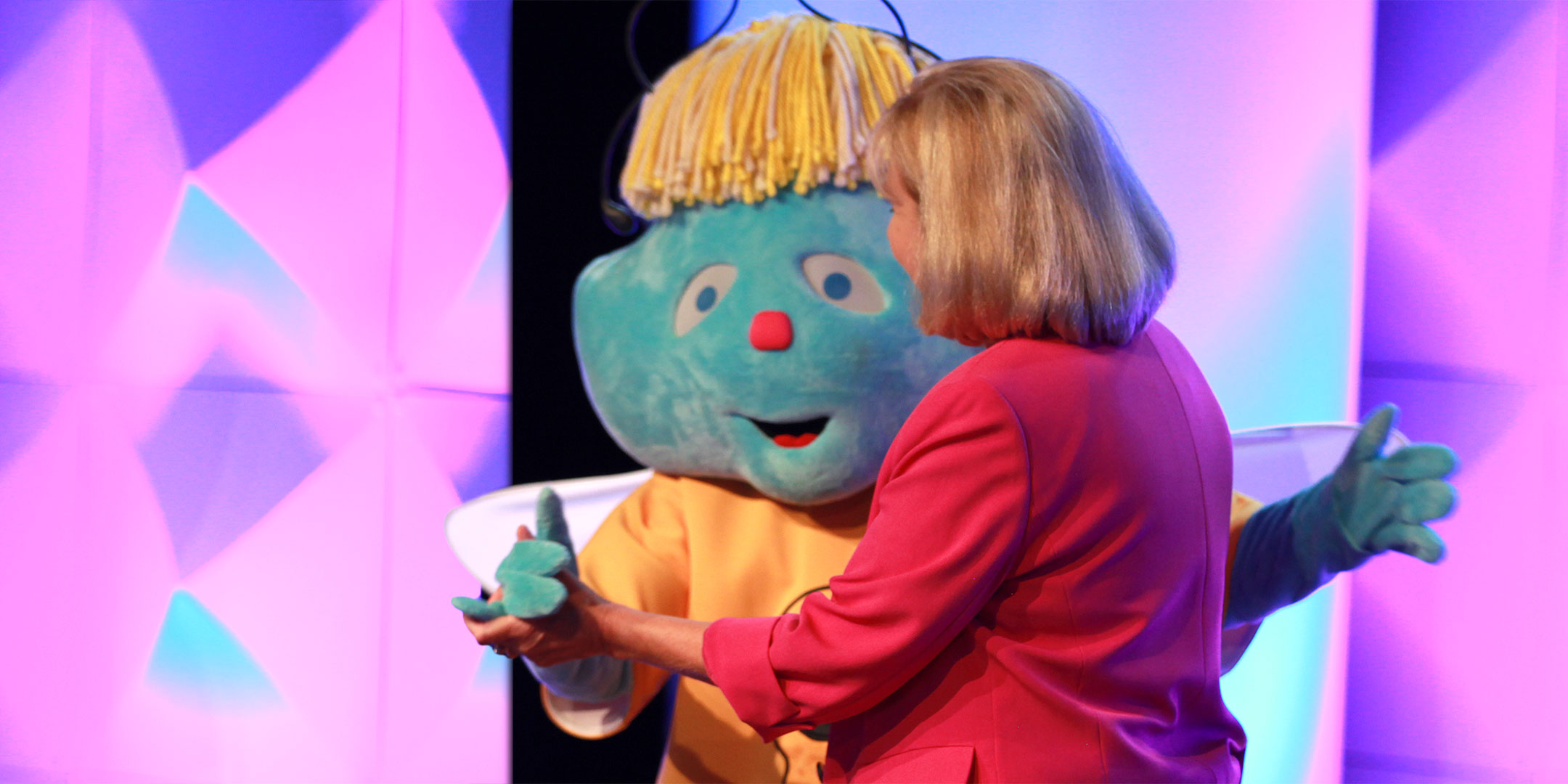 We have a core value of celebration!

Our Conscious Discipline Family LOVES to celebrate! Whether it’s new resources and events to serve you better, helpful partnerships or big wins in homes, classrooms, schools and districts – we’re grateful for each and every one.

Browse the latest and greatest research, statistics, papers and evaluations to see how Conscious Discipline performs as a leader in social-emotional learning and classroom management.

Be the first to know about Conscious Discipline’s newest awards, events, free resources, actions as an SEL advocate in Washington, D.C. and more.

Celebrate the accomplishments of Conscious Discipline practitioners like you, and discover the transformational stories of their schools, centers, homes and communities.

Discover the highly-anticipated new products our Office Family is developing in order to make your Conscious Discipline journey more effortless, enriching and transformational than ever! 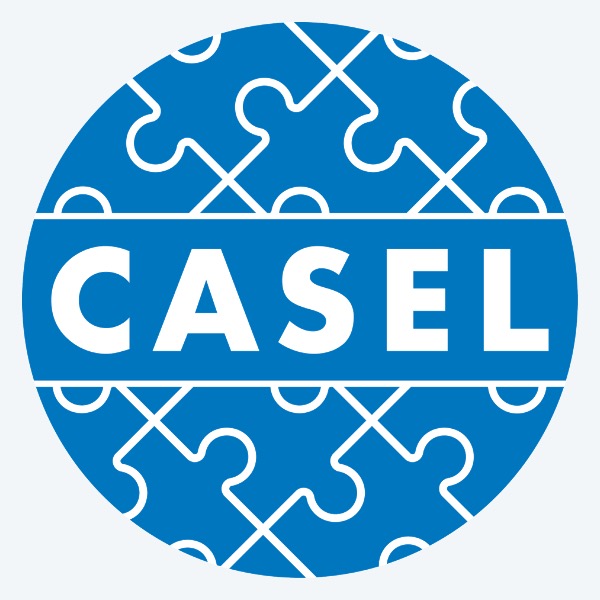 February 2019 – Founded by Priscilla Chan, The Primary School takes an innovative whole-child approach to learning. The school provides a comprehensive system of education, family support services and healthcare through medical and mental health providers. To address social emotional health, The Primary School has woven Conscious Discipline into its school culture and philosophy.

September 2018 – A team in Grenada is using a Conscious Discipline-based curriculum to rescue neurodevelopment in babies infected with the Zika virus. The team uses Conscious Discipline to work on attachment, attunement, joint attention, language development and motor skills with the babies. The project has received funding from Grand Challenges Canada and the National Institute of Health.

August 2018 – Conscious Discipline hosted the sold out Elevate Social Emotional Learning Conference and Shubert Family Camp in Orlando. Teachers and administrators left with a complete SEL plan for the first six weeks of school, while children and families practiced SEL skills, connected over games and I Love You Rituals, and even met Shubert.

March 2017 – In a study published by the Harvard Graduate School of Education and funded by The Wallace Foundation, Conscious Discipline was found to be one of only three SEL programs that focuses 75% or more of its content on Emotion/Behavior Regulation and Emotion Knowledge/Expression, and one of only 13 programs that focuses 50% or more its content on Interpersonal Skills.

October 2017 – The MarCom Awards, honoring excellence in marketing and communication, bestows the coveted Platinum award to Conscious Discipline for the 20th Anniversary Story. Creating the piece involved 10 staffers who committed over 140 hours to the project’s success. With this award, Conscious Discipline joins the ranks of companies like Samsung, IBM, Whole Foods Market, and the Smithsonian Institution. 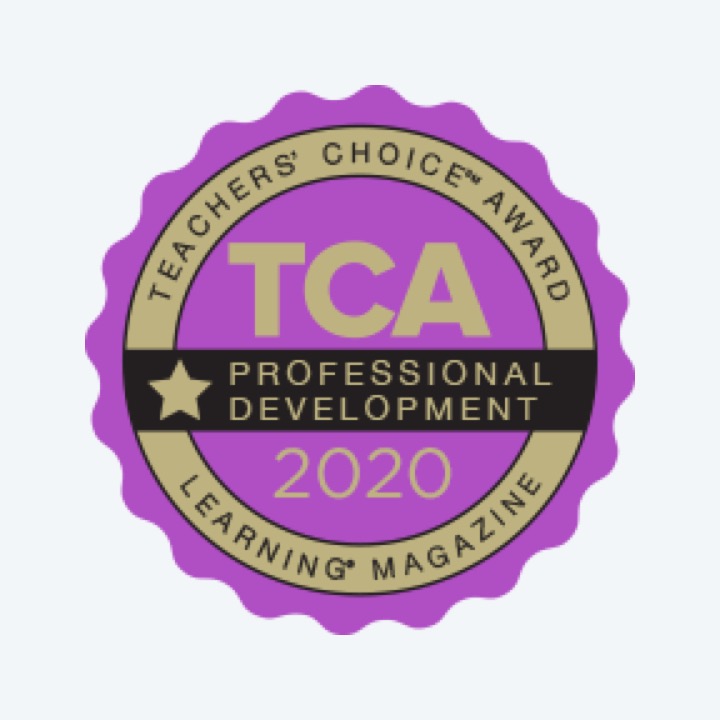 Recipient of the 2020 Teachers’ Choice Award for Professional Development

The Conscious Discipline Online Course was selected for the 2020 Teachers’ Choice Award for Professional Development by Learning Magazine. Originally established in 1994, the Teachers’ Choice Awards program has grown to become one of the most recognized and prestigious awards in the educational market. Resources and products are evaluated for quality, instructional value, ease of use and innovation. Teachers’ Choice is the only awards program exclusively judged by teachers through real-time classroom application. 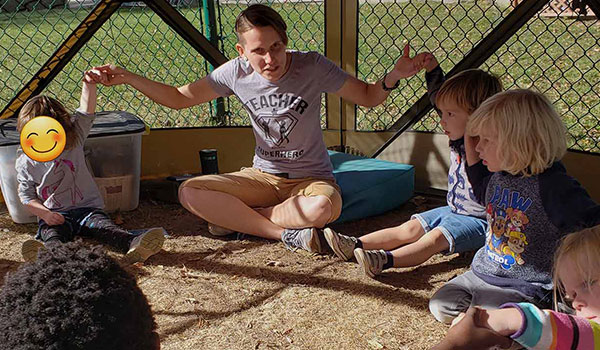 February 2022 – The Playing Field honored Dr. Becky Bailey in its monthly newsletter, highlighting the ways Conscious Discipline has inspired and transformed the lives of educators and families by providing “the start every child deserves.” 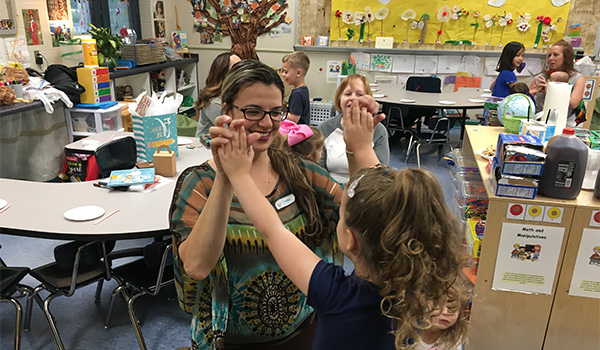 February 2020 – The Conscious Discipline Parent Education Curriculum (CD PEC) has been designated “research-based.” With this designation, it meets the parent curriculum criteria established by the Office of Head Start. 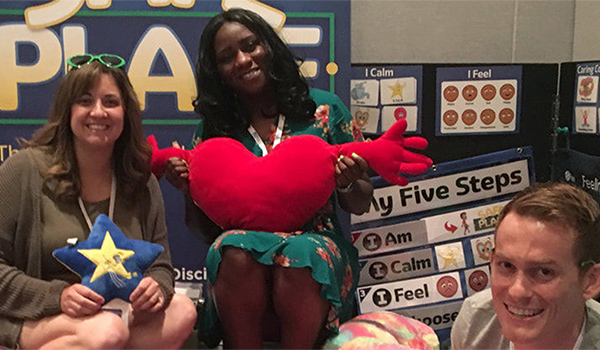 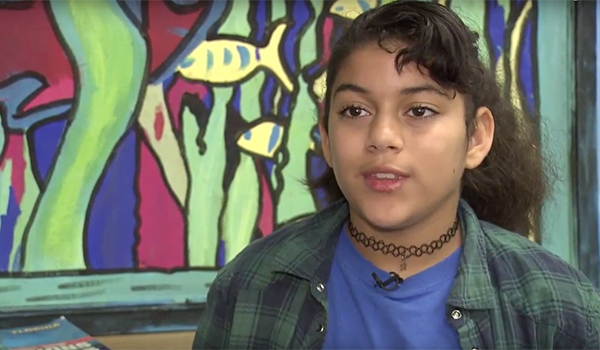 August 2019 – According to BCPS, the goal of the initiative is “to help every child be literate, emotionally healthy, and academically successful in a safe, experiential learning environment.” 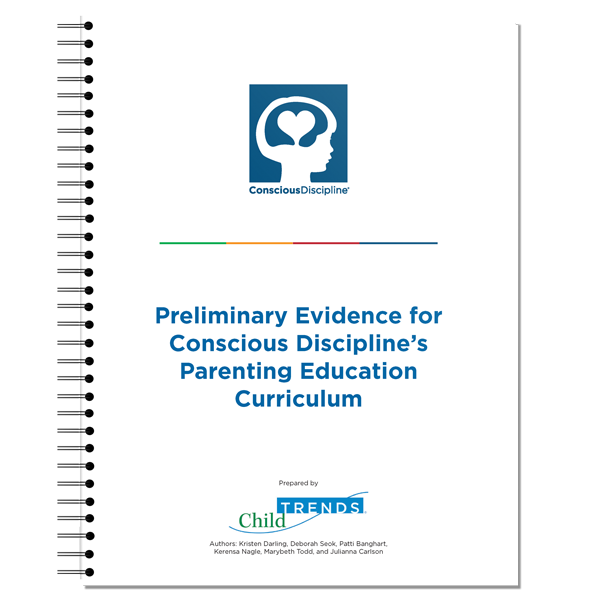 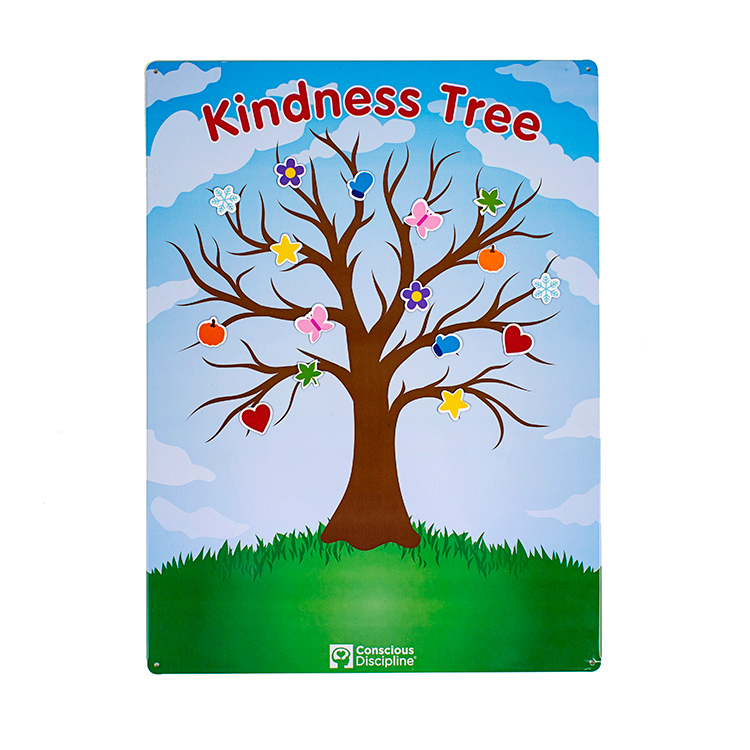 November 2019 – Increase the number of kind and helpful acts in your home or classroom with the Kindness Tree, which allows you to symbolically recognize the positive behaviors you’d like to encourage. Includes 12×18” tree, 80 kindness magnets, instructions and lesson ideas. 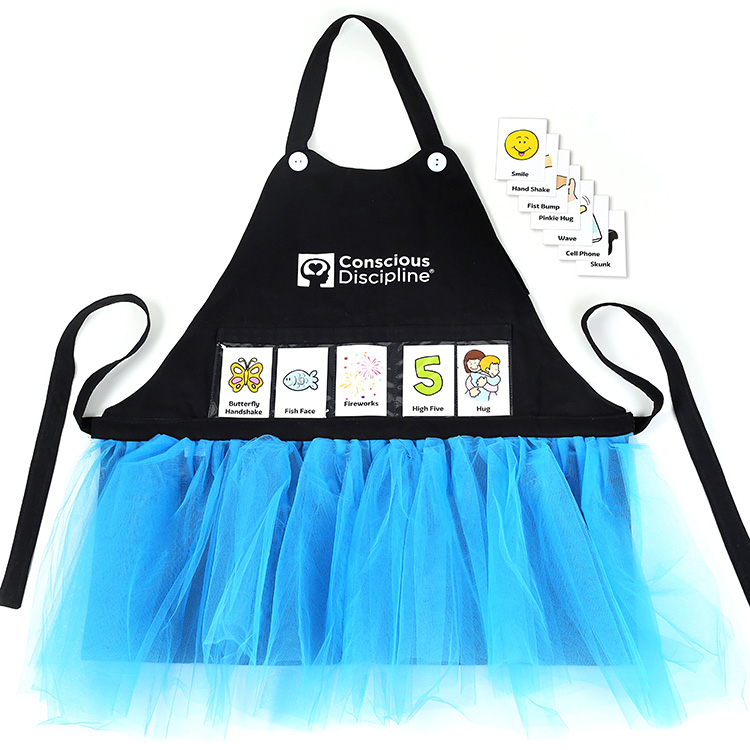 August 2019 – Support your daily greeting ritual with the new Greeting Apron, starting every day by sharing a special moment of connection with each student. Includes a black apron, five clear pockets for greeting cards, 12 colorful greeting options, and an optional blue tutu. 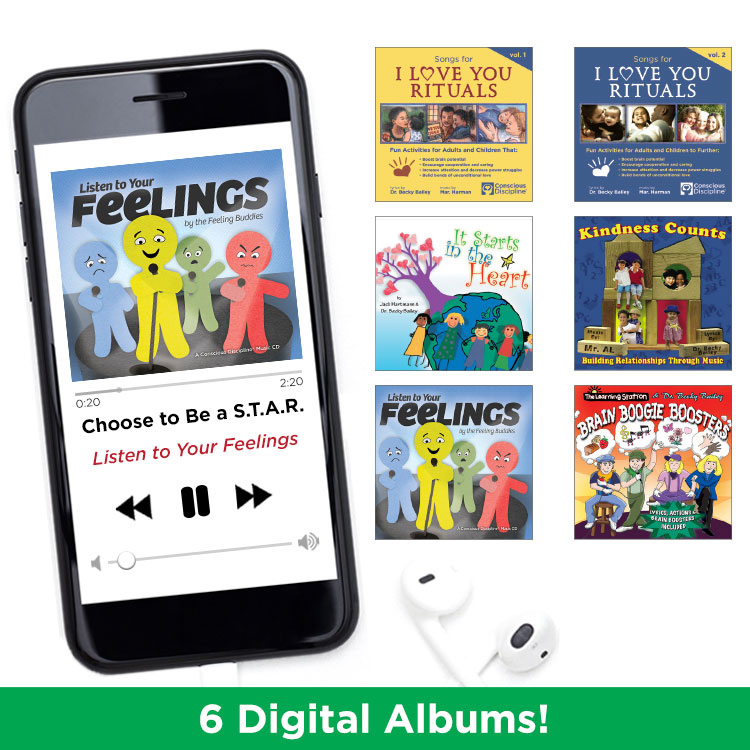 June 2019 – The new Deluxe Digital Music Pack gives you on-demand access to all six of our most requested albums. This collection of 136 songs brings the principles, powers and practices of Conscious Discipline to life with music, playfulness and memorable lyrics. 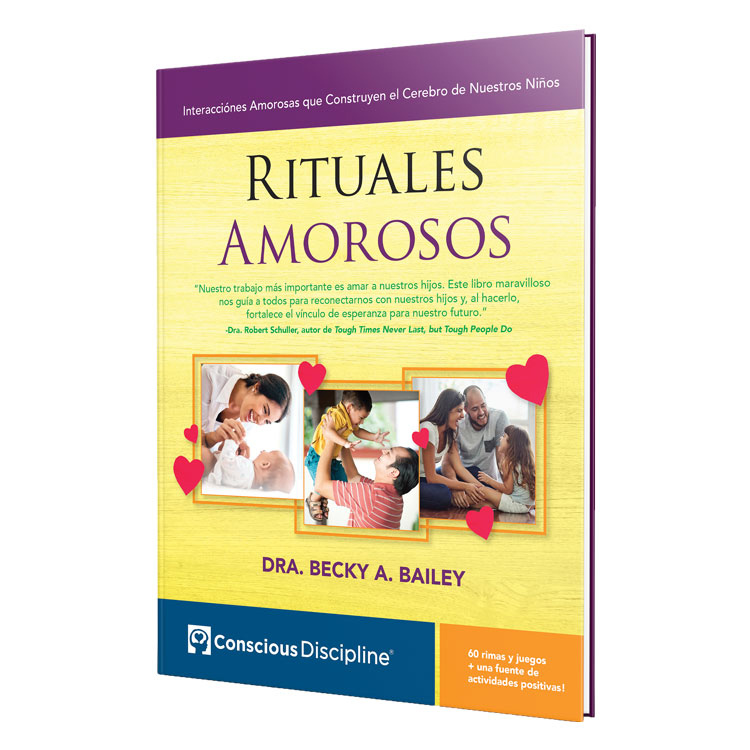 April 2019 – Dr. Becky Bailey’s popular I Love You Rituals are now available in an updated Spanish edition. The updated version features more than 60 rhymes and interactive activities based on positive messages. Each interaction is designed to foster connection, cooperation and optimal development. 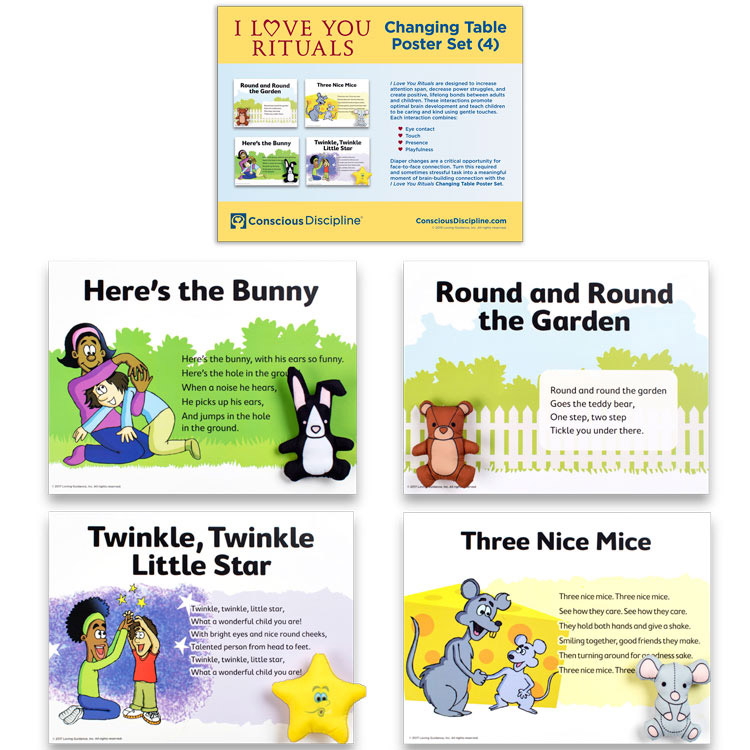 March 2019 – Our new I Love You Rituals Changing Table Posters transform changing table challenges into brain-building moments of connection and delight. Includes four colorful laminated posters and four stuffed characters—one for each of Dr. Bailey’s most beloved I Love You Rituals. 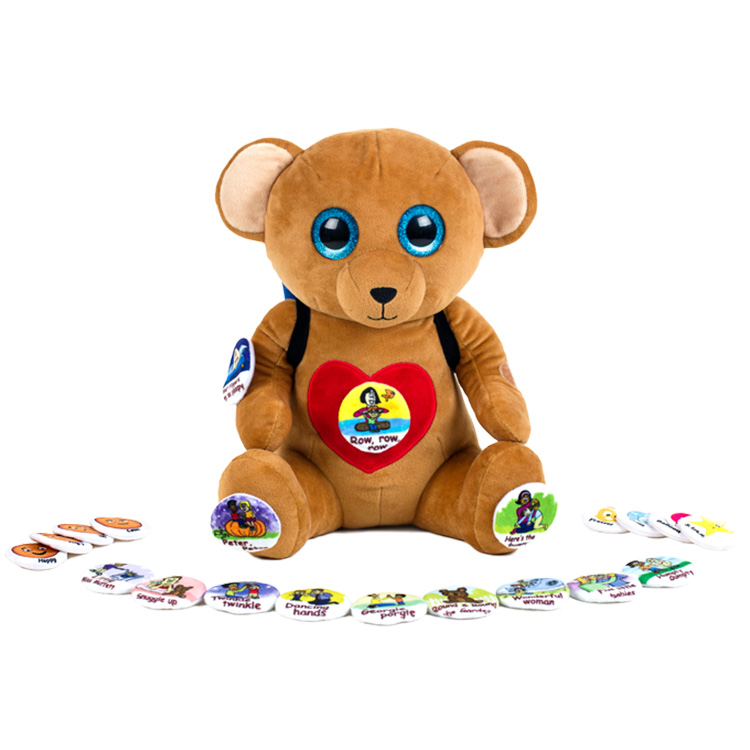 January 2019 – Lovable, huggable Bailey Bear teaches children to ask adults for playful interactions that promote optimal development. Children Velcro a Feeling Buddy feeling, I Love You Ritual, or calming activity in place, and then enjoy the activity with Bailey, a peer, or an adult. 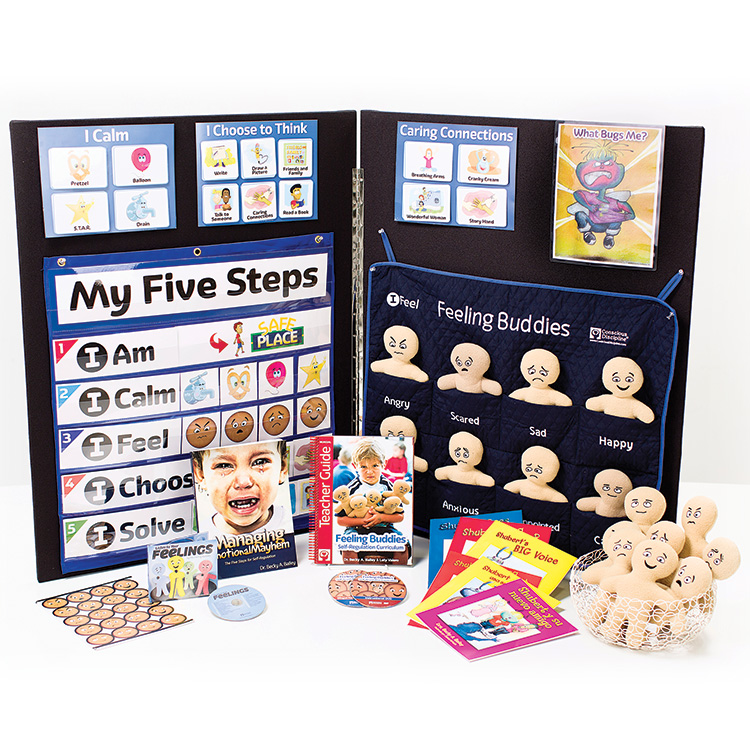 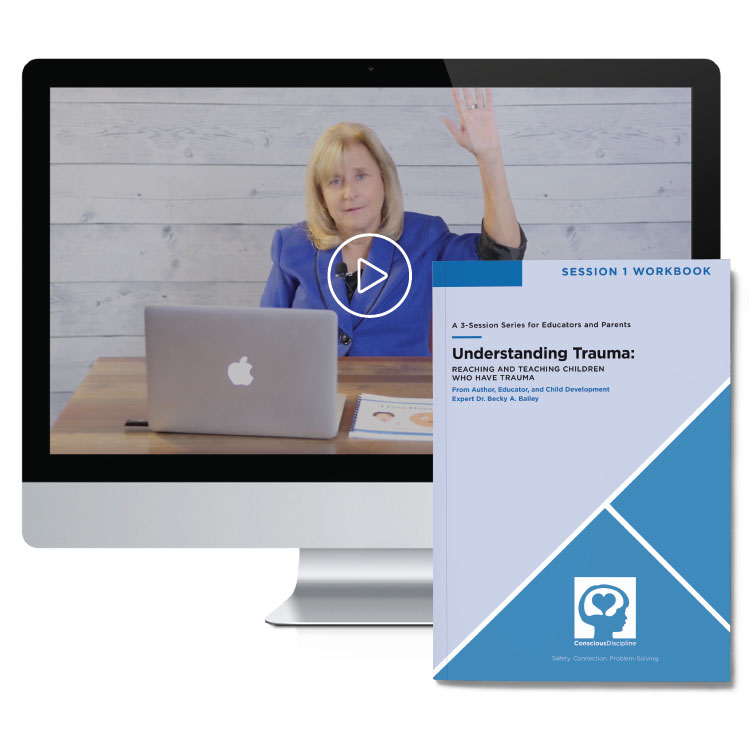 January 2019 – This 3-part webinar series from Dr. Becky Bailey provides both an informed knowledge base and specific strategies for healing trauma. Each session includes a downloadable participant workbook. Options are available for individuals and groups.

Over the years, Conscious Discipline has released over 100 resources and products to help educators and families. Along the way, we’ve received a few awards and honors for our work. 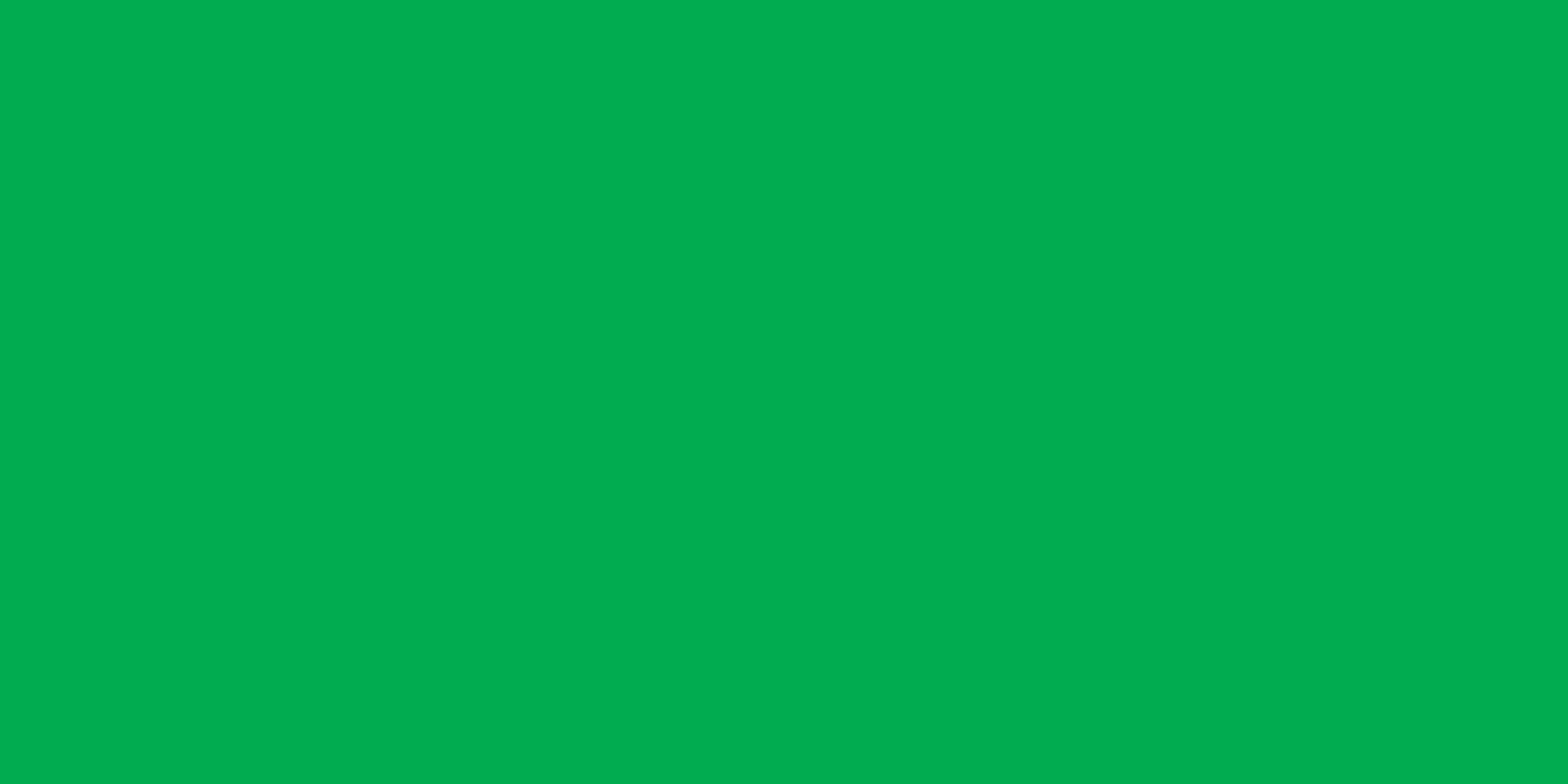 If you’ve experienced transformation through Conscious Discipline strategies, events or resources, share your story with us. Photos and videos are welcome and encouraged! We’d love to celebrate with you, and you may even see your story showcased in our marketing materials, website or Facebook page. 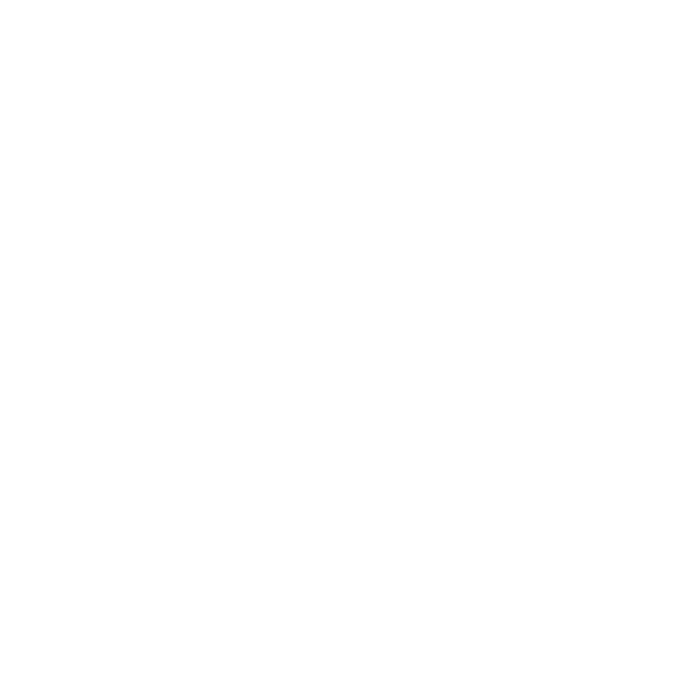