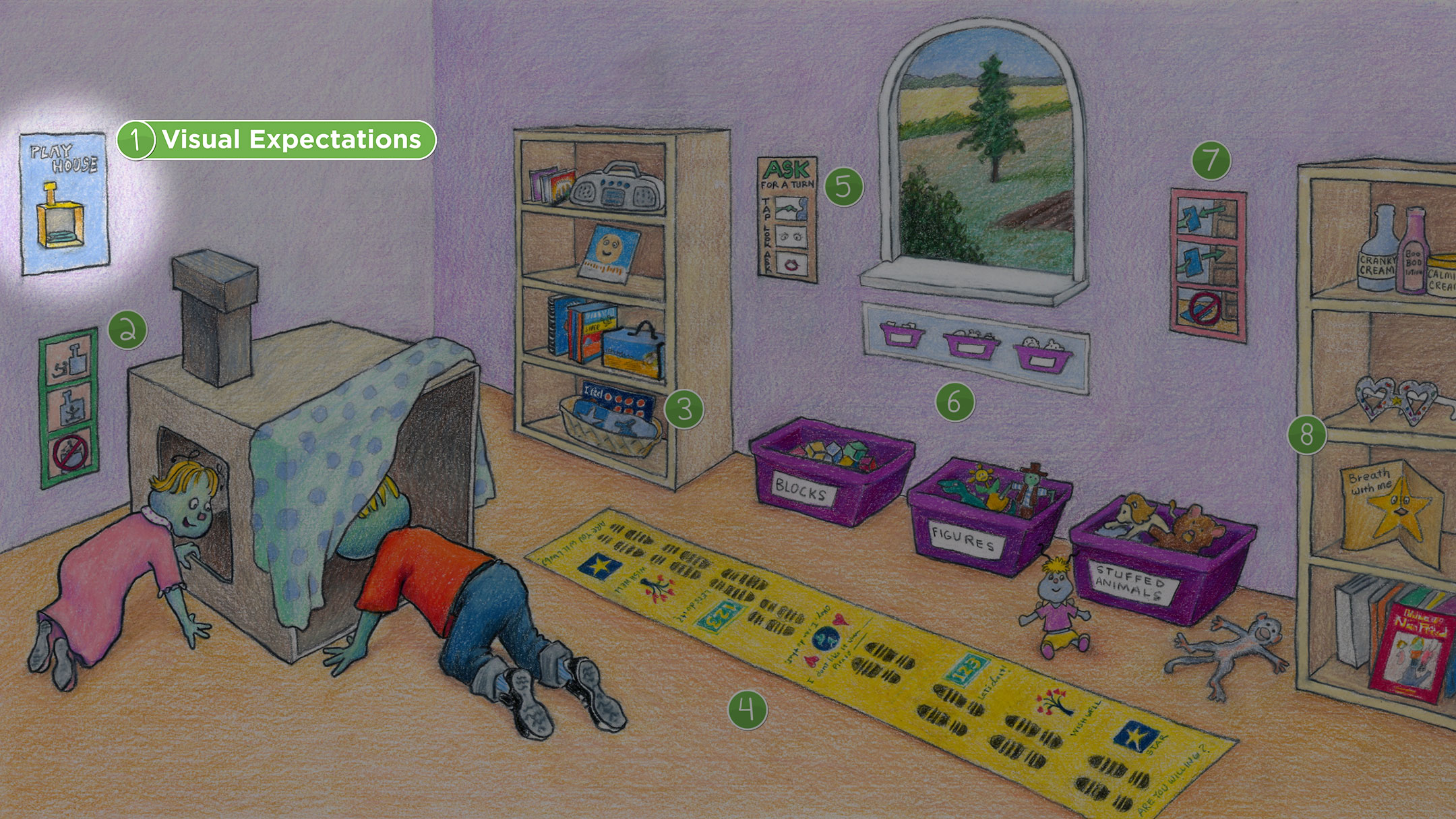 How to Use Visual Expectations in the Playroom

Children think in pictures. You can tell a child what to do over and over again, but she won’t really “get it” until she sees it and does it herself many times. Visual Expectations show children exactly what to do in a given situation so they can be successful.

Take a moment to notice all of the Visual Expectations posted in this room. There are photos above the bins showing the blocks, figures, and stuffed animals all neatly stowed in their corresponding bins. There’s a picture of the playhouse with all the toys put away and the blanket neatly folded within it. There is a Visual Routine depicting “asking for a turn.” There are Picture Rules for proper bookshelf use and safe playhouse behaviors. Do you think Shubert and Sophie have a clear understanding of how to keep this room safe and tidy? Yes! And while they may not always live up to these Visual Expectations, posting them, teaching them, and referring to them often scaffolds their Executive Skills and greatly increases the likelihood of success.