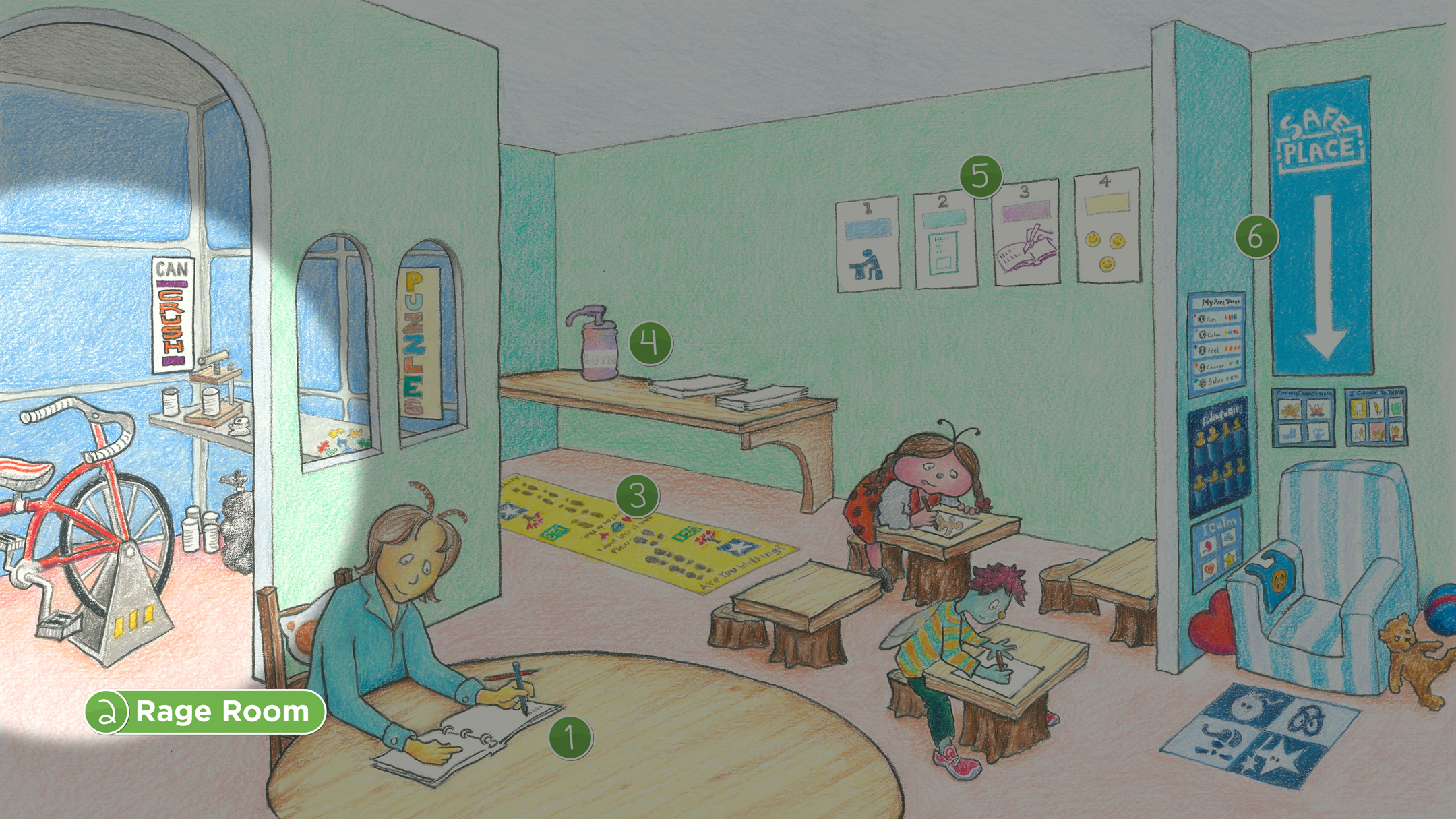 How to Use the Rage Room in the ISS Room

Rage goes beyond anger; it is an extremely physical manifestation. Active calming is effective for anger. Children who rage must be given the opportunity for physical movement that activates the major muscle groups before attempting active calming.

Activities that help dissipate the extreme emotion and physicality of rage involve the major muscle groups and include running, climbing and bike riding. Teachers must work closely with children who rage to help them identify the “icky” feeling that precedes rage. Ideally, the child would go directly to the rage room to run, climb, bike, etc. as soon as she detects the icky feeling or shows early signs of a rage. If a rage is already in progress, an adult would assist the child while keeping her and the rest of the class safe. A child who rages will always need to conduct a physical activity first, and go to the Safe Place for active calming only after the initial rush of emotion and physicality has subsided. Individual rage books that step the child through the signs that precede a rage, depict the rage itself and show the aftermath of a rage are helpful in the teaching process because children are often completely unaware of their actions during a rage.